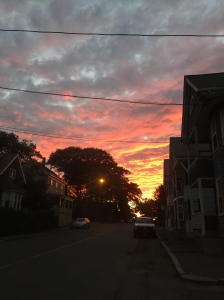 The voices we hear are predominantly voices of power. The current President of the US is just a different expression of power than the previous power brokers. The problem with speaking from the position of power is that everyone thinks they are the voice of prophecy for the needs of the time.

In Jesus’ time, the Pharisees thought they were God’s voice to the nation. The Roman Empire spoke as the voice of other gods: government rule, pagan deities, and money. But two voices rose out of the exiled people of the struggling nation. John the Baptist was as exiled a figure as has ever spoken into the frames of power. His voice made it into the halls of religious rule, and even into the palace of Herod. But John was just the beginning of the prophetic voice of exile. The carpenter, born in a barn, and living in obscurity rose to challenge the world – more than any figure in human history.

One might have thought that the Pharisees (the religious leaders during Jesus’ time) would have been the exiles with the prophetic voice. They represented the religious structure of people who lived as exiles in their own nation. But as it turns out, they had established a power structure of oppressive control even within their exile. Thus, it took outsiders to the outsiders to find a true prophetic voice from the outside.

Last night I took a walk at midnight. I love walking in the dark. Forest River Park is a beautiful location on the water in Salem, MA. Late at night, with few people, the shadows of trees reaching across the rolling terrain of the park do their best to hide the streetlights surrounding the park. I look for the darkest places to walk. In the light, you cannot see into the dark places, because the lights in your eyes shine too brightly and keep your eyes  from adjusting to the dark. In the dark, one can see what is in the light, and what is in the dark. This is similar to the position of an outsider – an exile. The exile has vision adapted to the dark and still sees into the light. This was Jesus. This was Martin Luther, and his much later namesake, who led America through the Civil Rights Movement. This was Gandhi. They were voices speaking out of the positions of exile. They were outsiders to the positions of power.

We need these prophetic voices from the exiles now. I may prove to be wrong, but it seems to me, that there are few voices speaking out of the position of exile today. There are minority voices speaking for the outcast, but these voices are speaking primarily from positions of power, in the same way that Pharisees spoke for the religious elite among the exiled people of Israel. The Native American NoDAPL movement rose up for a short time and spoke with a prophetic voice against the halls of power, but it appears that the financial barons led by our new President have squashed those voices. May they rise again.

I am hoping to hear voices of exile rise up, and speak with the kind of prophetic momentum needed in these divisive times. I am sure that some of you will point me in the direction of voices you consider prophetic. I welcome being challenged on my feelings about this. As for now, I feel as though the prophetic voices have been subdued, and the exiles need new prophetic voices speaking out of the dark.

To my friends in the UK: Those who live between the worlds of power and exile are those who see in the dark and into the light as well. Living in the daily experience of a language of power, and the language of exile is a position between the worlds, which gives one potential prophetic insight – if one has ears to hear it. I’r Cymry Cymraeg, Dw i’n credu mae’n amser i ffeindio eich llais chi.

Where to buy Burning Religion

You can reach me via email at
pastorphil (at) salemgathering.com